What Is Computer Virus ?

A computer virus is a malicious computer program that, when executed by an unsuspecting person, performs tasks that primarily include replicating itself and in some cases deploying a payload. Over a decade or so ago, viruses were pretty straightforward. They got into a system and infected a file or two. It was as basic as ordering coffee when coffee was easy to order. "One coffee please, black." Nowadays, the catalog of viruses you have to defend yourself against is frighteningly complex. In fact, it's become as complex as, well, ordering coffee. "Looks like you've been infected by a dropper that's put a Trojan on your system, which deployed a multi-partite that opened a backdoor and also infected the master boot record." 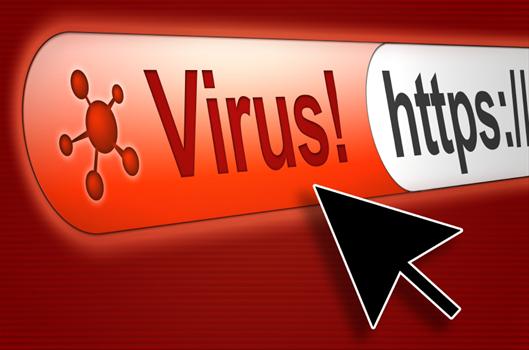 Sounds like an order at Starbucks, don't you think? These days a discussion about a virus can actually occur without using the word virus because sometimes viruses are worms or Trojan horses, which are virus-like nasties that act a little different than their infectious cousins. Why are they called computer viruses? Well, because they have similar characteristics to biological viruses that infect humans in at least one way. The computer variety jumps from computer to computer much like a cold virus jumps from your kids to you and from you to your spouse.

Don't let all this frighten you, though. It's not that hard to figure out and defending your computer against viruses is pretty straightforward. Still, if the idea makes you unsettled, skip ahead to the part of the chapter about how to easily protect yourself from viruses. But I hope you stick around because the more you know, the geekier you will be. Okay, not really. But understanding them makes them much less scary. Viruses were one of the first real security threats people had to deal with when personal computers started appearing in homes a couple of decades ago.

The first computer viruses were written in the 1980s; however, they really didn't become a big threat until the late 1990s when everyone who owned a personal computer started connecting to the Internet. Before then viruses spread via floppy disks or CDs. They would ride on the back of files stored on a disk or in the boot area of the floppy and replicate when the disk was inserted into the computer. The Internet's popularity has also turned into the chief reason that security on personal computers has become such a hot topic. A Net connection is the off-ramp from the Internet into your computer for all data. And guess what? For viruses it's a super highway.

High Stakes In The World Of Computer Gaming