Any individual who has an avid interest in the world of watches should certainly do their best to make themselves familiar with some of the terminology, facts,history and news regarding this enchanting object. The word horology has two meanings;the science or study of measuring time or the art of making clocks, devices for telling time, and watches. Man has always had an interest in the art of measuring time. From the tracking of the sun's movement across the sky, to sand glasses (hourglasses), man has and will always have a fascination with time measurement. 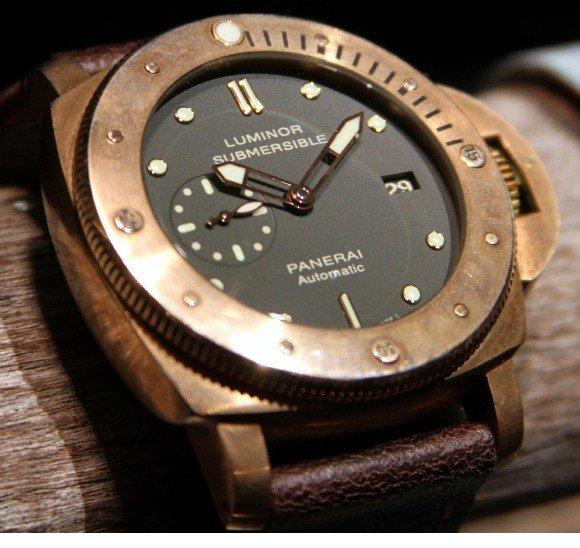 Water clocks did not depend on the observation of the sun or the sky. One of the very earliest water clock was found in the tomb of Amenhotep I who was buried around 1500 B.C. The Greeks called them clepsydras; they were stone containers with sloped sides that permitted the drip of water at an almost constant rate from a small hole in the bottom. Other clepsydras were cylinders or bowl shaped designed to slowly fill up with water entering in at a near constant speed.

The markings on the inside of the bowl revealed evident passage of the hours. This was used primarily at night,but it is also believed they were used in the day hours as well. A metal bowl with a hole at the bottom was placed in a larger bowl filled with water. It would fill and then sink in a specified amount of time. Since water flow was not exactly predictable and challenging to control the flow accurately, timepieces that relied on water were very inadequate. People were compelled to develop more accurate ways of measuring and telling time. The development of quartz crystal clocks and timepieces depended on the crystal size, shape,and temperature to create a frequency. Quartz clocks and watches continue to be popular. 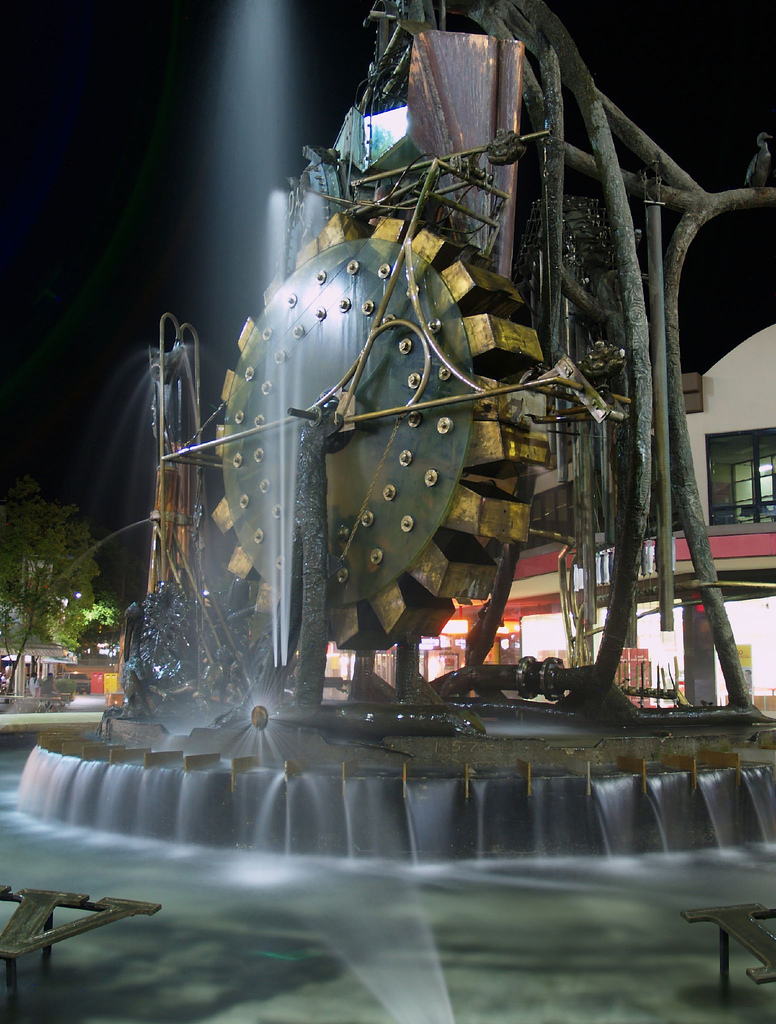 The first watches had a natural movement but no minute hand. They had to be wound every twelve hours. Watches were originally worn more for adornment than functionality. Timepieces worked with weights but these were not practical in portable timepieces. The measure of time has been embedded in mans consciousness from very early on, and a time line will help you comprehend how we got to where we are with watches.

A timeline of watch history It really is very fascinating to understand how watches have developed. Prior to 1600 - The central problem was the driving power the timepieces ran were balanced weights. This in effect made it quite difficult to carry them around.

1524 - Peter Henlien was paid fifteen Florins for a gilt musk-apple with a watch. This is the earliest date of watch production that is known. The very first pocket watch was created by Peter Henlein in 1524 and it is believed that Henry VIII had one of these kept on a chain around his neck. These early watches only had an hour hand,and the inaccuracy of the watches at this time made a minute hand rather useless. 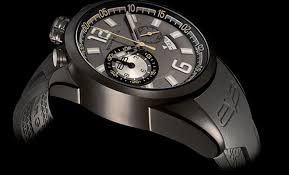 The evolution of the miniaturization process of these spring based designs allowed for the making of portable watches that would work at sea. However,many German clockmakers were creating miniature timepieces during this period, and there is no concrete evidence Henlein was the first. Also,watches weren't widely worn in pockets until the 1600s.

1548 - Other watches appeared and were probably French or German in origin.

1575 - Swiss and English products began to surface. This certainly was the era of the most innovation and advancements. Initially, watch movements were made of steel and then later brass. They were straight verge watches without balance and tended to be highly inaccurate. 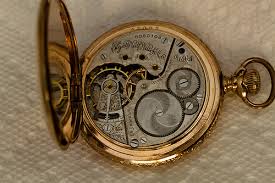 The use of spiral-leaf main spring began and what it did was allowed the power of a movement without hanging weights.These pieces were inconsistent in their accuracy.

1600 - 1675 - Pocketwatches This was the age of decoration. Watches became more of a beautification and jewelry piece rather than being functional. The mold of cases altered from tambour cylinder with a lid, to a circular case with hinged, domed covers on the front and back. Champleve enamel and relieved case filled with colored enamel appeared. 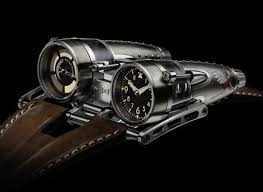 1620 - The glass crystals were fitted to the cases as a standard alternative to metal opaque covers. The glass is transparent and permitted the owner to look at the time without taking off the cover. To be able to set the watch and see the time, the cover had to be removed.

1625 - Plain watches came about as the result of the Puritan movement.

After 1660 - Decorative shapes and adornments were seen mostly on ladies' watches.

1675 - The spiral balance spring is first used in watches.The accuracy now was measured in fractions of minutes as opposed to fractions of hours. This increased accuracy caused watchmakers to create a dial that had a minute hand and was divided by minutes.

1675 - Charles II introduced waistcoats with pockets. Men now carried their watches in their pockets rather than on a pendant.

1725 - It was customary to find a substantial diamond endstone in the clock.

1750 - The names of watchmakers never appeared on the dials of watches till now.

1761 - John Harrison made a clock that was so accurate it was used to measure longitude during sea voyages. 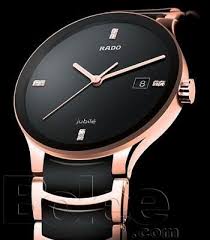 1800 - The pocket chronometer was a readily available and accurate watch.

1850 - The United States were the first to use mass production with mixed results The Waltham Watch Company founded in 1850 by Aaron Dennison pioneered the manufacturing of interchangeable parts and is still a top watchmaker today.

In 1868 the first wristwatch was made by the Patek Philippe company, a joint venture of Antoinne Patek and French watchmaker Adrien Phillippe, the inventor of the keyless wind mechanism. This was then considered an ornament for women until the 2oth century. For the reason of its exclusivity,luxury tag,low volume production and cost, Patek Philippe lost the market and much of its business. The Stern family took over the firm in 1929. Patek Philippe still remains a dominant player in the quartz watch industry. 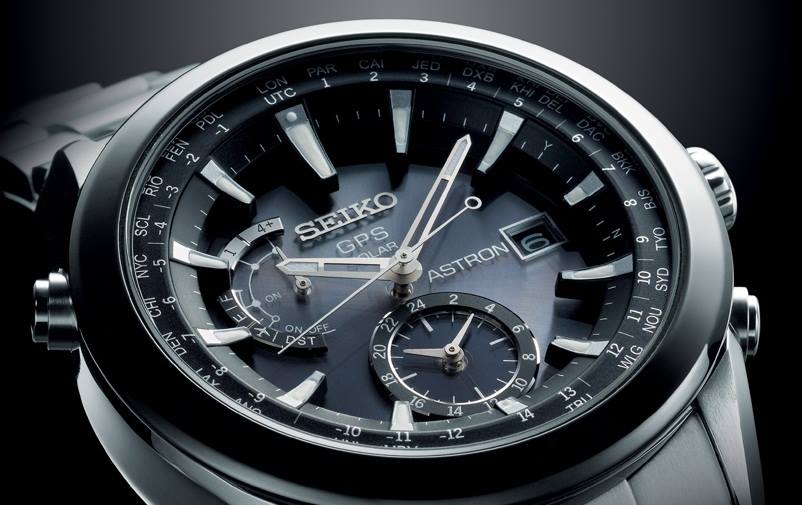 It didn't only introduce the perpetual calendar, chronograph, and minute repeater but in addition to that, the most complicated mechanical watch ever made.

In 1989,the company created the Calibre 89, in celebration of their 150th anniversary. This watch has 33 complications including the date of Easter, a thermometer, a sunrise time, equation of time and many more! In the early 1900’s, the wristwatch became popular with men due to the Brazilian inventor Alberto Santos-Dumont who wanted a more convenient way of checking time while in the aircraft he was working on. Santos-Dumont approached his friend, Louis Cartier, and asked him for a watch that he could read easier and Cartier designed a leather-band wristwatch for him that he never took off. Since Cartier was well liked and held in high regard in Paris, it was relatively easy for him to sell these watches to many other men. 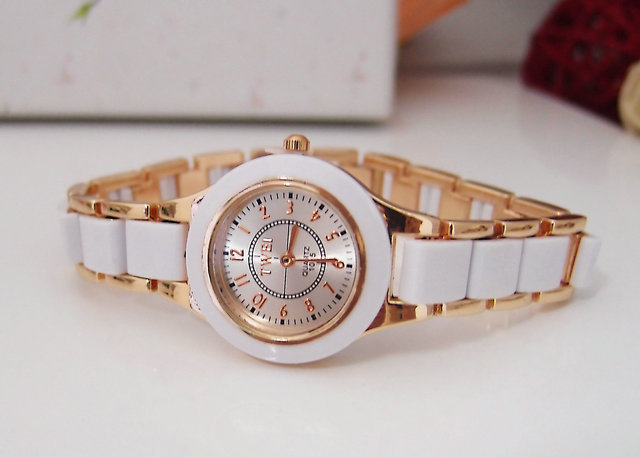 By the Fist World War, officers in all armies were turning to the wristwatches because it was much easier in the battlefield to just look at a watch on their wrist, than to have to reach in their pocket for a pocket watch. Army contractors then started issuing cheap, reliable, mass produced watches to artillery and infantry officers so they could synchronize their attacks. When the war ended, these European and American veterans were permitted to return home with their wristwatches. This in turn made them very popular among middle class Western civilian culture. Presently, a great majority of the population wears a wristwatch as a direct result of this implementation during the first World War. 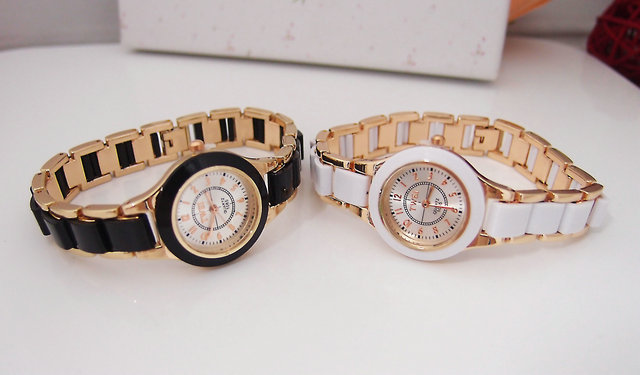 1900 - Great strides were made in metallurgy. This was the introduction of the balance spring on the first verge watch.

1970 - Electronic watches were very successful. Watches today use quartz crystals, batteries,and there are even atomic watches. Time tracking has never been more accurate and advances are continually being made in the field of Horolgy.

Watches As An Engagement Gift Proposing marriage to a loved one and being engaged is not a regular event in one's life. This definitely is one of the few things that you ought to consider precious and be reserved as a memorable experience. June is perceived as a perfect month to get married.

Whenever someone says engagement, what’s the first thing that comes to your mind to give out to your love one? Is it a ring, a necklace, bracelet, or an anklet? How about giving a wristwatch as your engagement gift? Does it sound weird? This would probably be the most uncommon engagement gift in the whole world. People don’t give out a watch when they propose to their girlfriends or boyfriends. They give out the common jewelries. But what I encourage you to do is give something that will symbolize your love for each other and at the same time will be helpful for the both of you. Watches are really useful because it keeps your track of the time and also a fine piece of jewelry. Don’t limit a watch as a necessity or jewelry, it can be both at the same time and also be a symbol of your love.

Engagement watches: is it considered unique? For a start, I haven’t encountered someone who gave a watch to his girlfriend as an engagement gift. But being unique is not bad! Sometimes, you will realize that being totally different from others is cool. Soon enough you realize that everyone imitates you. You are unique for the simple reason that you don’t think the same as other people with regards to giving out a watch as an engagement gift. A watch is not an uncommon possession, and watches are very useful. There are people who might think that as long as they’re giving out a jewelry as an engagement gift, then that’s fine. But for some women, the type of jewelry you’ll give them still matters.

Giving them an engagement watch will not only be special but also useful. They will be wearing it at all times and will be proud of it because you’re the one who gave it to her, not just as a gift, but as an engagement gift and a great token of your love. Now that is priceless. The cost of the watch should not be a worry because you can pick up beautiful quality watches that are cheaper than some engagement rings. You can even go the extra mile and make it extra special by having the watch engraved with your names on it. Alternatively,you can engrave something that is special to both of you. The choice is yours. They say that June is the perfect time to get married. You get to have beautiful weather, nice places, and astonishing views.

If you really desire everything to be memorable, then start off with your engagement. Make it extra special and everything will be meaningful.

Automatic Watches And How They Work Depending on how old you are,you may or may not remember observing your dad wind his watch each night before going to bed. If he did not perform that ritual,he would certainly wake to a watch that had stopped..With the advent of the automatic watches.....

The Beauty Of Elgin Pocket Watches The Elgin pocket watch is one of the finest timepieces that is available. It's one of the surviving old-fashioned watches that's made diligently by hand. The design of an Elgin watch is as crucial as its function.