The History And
Development Of Pocket Watches

The history of pocket watches is often overlooked in significance because of the many other inventions that were taking place. However, pocket watches provided us with the first portable clocks giving us the power to know what time it was wherever we were. The pocket watch was a device that was very expensive in the 16th century and only the high class could possess. In the 16th century clocks were produced using springs instead of weights, signifying the transfer from clocks to watches. 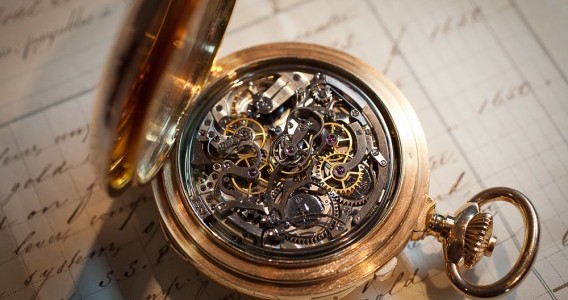 These old pocket watches were the first timepieces that could be owned by the public. Owning a pocket watch signified the status,wealth and power of an individual. The 17th century made pocket watches even more desirable with a new look to the figure.

The watch had changed from its original box-like look to a new rounded and slimmer case. Craftsmen began working ever so hard to create designs on every pocket watch made. In 1675 some watchmakers discovered the significance of a spiral spring.

By attaching the spiral spring to the balance, the accuracy of the pocket watch increased greatly. It was now possible to tell time by the minute as oppose to being off by a few hours. With this new discovery, the minute hand was born on the pocket watch. 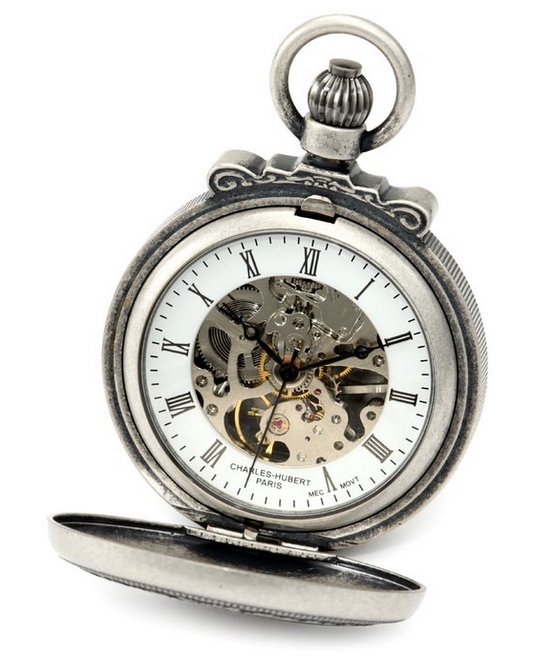 The 18th century saw added improvement to the pocket watch with further development and more added features to drive up the price. Oil had become a popular method to lubricate and smoothen the movement of the hands of the watch. Jewels had begun to be used for the bearings in watches while diamonds were used on the high priced watches. This shot the cost up to again give the rich the power to show their wealth and status.

In the middle of the 18th century another hand was introduced to show the increased precision in time. It was only a matter of time that a third hand would be added seeing that we were aware of time down to the second now. This allowed people to know the exact time of day it was through there pocket watch.

The 19th century brought several famous pocket watch makers that increased the value of the watch. Having multiple watchmakers added the competition to the quality of watch they sold, including how much they sold their watches for. The quality of watches sold was now better than ever with much more reasonable prices. The 19th century signified the peak of the old pocket watch.