The music of Wolfgang Mozart is perhaps the most well-known of any composer the world has ever seen. Almost everyone has heard of how Mozart was composing music by the age of five (some urban legends even claim it was at age two) and performing before kings and queens, dukes and duchesses, before he was seven years old. He created more than 600 compositions, from operas to sonatas to full symphonies, and died tragically, mysteriously, before his 36th birthday in 1791. Some of his more well known pieces of music include Eine kleine Nachtmusik (A Little Night Music, 1787) and the operas Don Giovanni (1787) and Die Zauberflote (The Magic Flute, 1791). 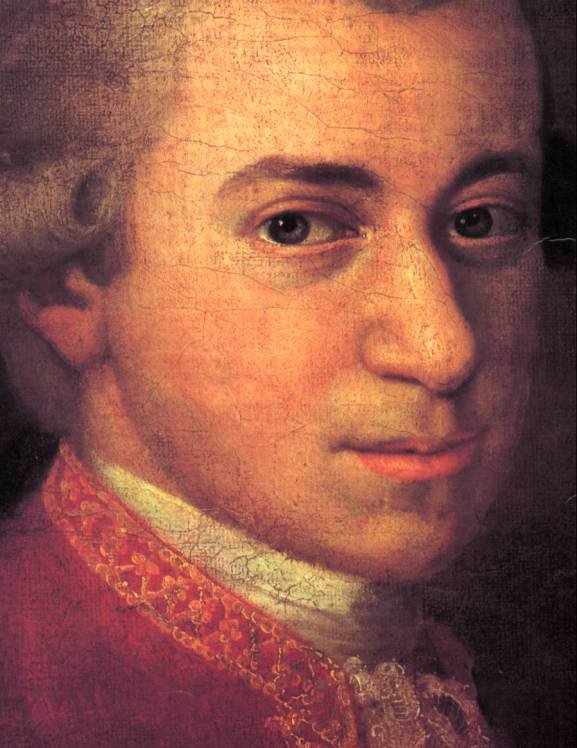 The movie Amadeus (1984) put into popular parlance the perception of Mozart as an immature and spoiled musical prodigy, given to fast living and obnoxious, braying laughter. It also portrays him as having been tormented by a brooding, jealous rival composer named Salieri, who may or may not have killed him. History paints only a slightly less dramatic picture. Born in 1756 in Salzburg, Austria, Mozart was the only son of a professional musician who very early on recognized the boy’s extraordinary musical talent.

Today’s critical and politically correct eyes may look with disfavor on the way that Leopold Mozart exploited his son’s musical genius, but at the time it was neither uncommon nor unacceptable to parade child prodigies through the courts of Europe. The young Wolfgang Mozart spent his boyhood at the feet of kings and queens, performing and composing and perfecting his unique musical vision.

He also spent his childhood suffering from various illnesses—tuberculosis, tonsillitis, and typhoid are just some of the many ailments he is said to have suffered. He was a sickly child and each bout of poor health left him reduced in vigor, more frail, and more susceptible to what would, ultimately, kill him.

Legend has it that he was poisoned, but recent, more scientific explanation has it that he died of rheumatic fever, even while working to complete one of his greatest musical accomplishments, the Requiem. Wolfgang Mozart’s music, like his life, defies easy classification. As a product of what historians term the Classical Era (1750-1825), he perfected the prevalent musical forms of symphony, opera, and concerto, and yet he also turned them on their heads.

The upper-crust audiences for whom he played were jarred by his complex, mysterious, sometimes raucous music, accustomed as they were to lighter, more frivolous pieces. In 1782, the Emperor Joseph II even told Mozart that his German opera had “too many notes.”

Such a characterization of Mozart’s music may well seem absurd to us today, who have been conditioned to think of Mozart as an unparalleled genius. Even before birth, babies are rocked to sleep by Mozart’s music being piped into their mothers’ wombs. We relax to his music, we grow to it, we learn through it; his music enriches and inspires our lives.