Beer brewing is becoming big business with a resurgence of traditional types of ales and lagers combining with more exotic offerings. Breweries in America are growing at an exponential rate. With a colorful history, beer carries on its controversial way to regain the traditional role it’s always played as an every-day beverage, while taking on a more creative flavor to please every palate. Back in 1620, when the Mayflower came to America’s shores, the boat fell a bit short of its destination due to a shortage of beer, according to a passenger’s journal. One doesn’t think Puritans would have drunk beer – they were Puritans, after all - however this was the every-day drink of choice. People drank beer as we drink pop, juice, milk and water today. Each tavern and inn brewed its own beer. 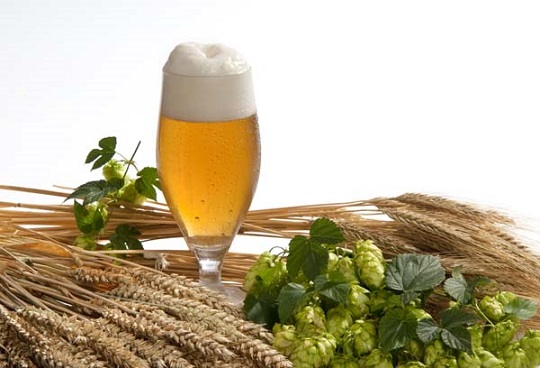 It is only in modern society that we see beer as having a perilous quality. There were no laws governing beer brewing and drinking. There were no police roadblocks to catch drunk drivers. How much damage could a horse and cart inflict? Certainly there were no scantily-clad women prancing about at parties, drinking beer and impressing men with their sudsy sexiness. Beer was an every-day beverage drunk by everyone in the household from adult to child. When the Mayflower arrived, the people discovered that the Natives made their beer from maize. Wonder which beer was drunk at the first Thanksgiving? This may have been the first ever “Bring Your Own Beer (BYOB).”

The United States has become an international contender in beer brewing and the country can hold its own when in competition with other countries that are notorious for making amazing beer. The U.S. prohibition slowed things down a little, but in the 21st century, things seem to be heating up for American breweries. According to the Brewer’s Association, nearly 7 million barrels of beer were made and drunk by Americans in 2006. That’s a lot of kegs, bottles, pints and glasses! There are multitudes of sites about beer online: beer brewing magazines to read like “Yankee Brew News” and “Brewery News;” breweries to visit; associations for beer-makers to join like the Brewer’s Association; festivals to attend like the Barley wine Festival in Buffalo, New York; and competitions to enter like the World Beer Cup held in Seattle, Washington.

Of these sites, about 85% are based in the U.S. so the Americans seem to be leading the pack!During the 1960s, 70s and 80s, beer in America was primarily made and distributed by large beer brewing companies. In the early 1980s, many of the states passed legislation that allowed the smaller microbreweries to get in on the action. The large companies still do big business, but many patrons are fussy and want high-quality, exclusive beers; they are the “yuppies” of beer drinkers. In and around any city in America, there are anywhere from 2 to 20 breweries within a 15-mile radius of that city and the numbers are growing. Some states have more breweries than others. Each microbrewery has a family tradition they want to maintain and each beer is different; a return to the old days when two taverns a mile apart had two different-tasting beers.

The breweries have gone back to creating beers that are made from all-natural ingredients like malt, hops and yeast. They produce traditional lagers and ales together with exotic beers that have a hint of spices, vanilla, caramel, coriander and anise. One brewery, found online, uses rose hips in their beer. Usually used for tea, rose hips must provide an interesting taste to beer. Lemon coriander beer may be quite refreshing on a hot day. Soon we will be having discussions about what type of beer goes best with chicken or beef. We’ll hear opinions like: “The caramel-flavored beer would go great with that cheesecake; a sweet beer just made for dessert.” Is that beer good for pasta? Would it be better with a roast beef dinner? There are countless beer-tasting functions. 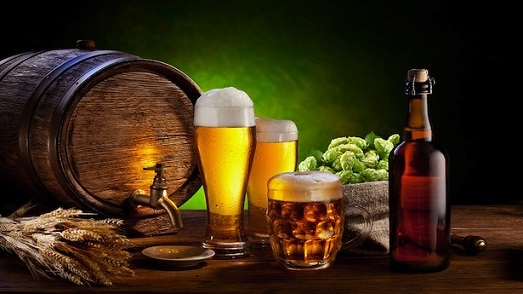