Public speaking: There never has been a time in the history of the world when the spoken word has been equaled in value and significance by any other channel of communication. If one traces the development of mankind from what he considers its earliest stage, he will find that the wandering family of savages depended entirely upon what its members said to one another. 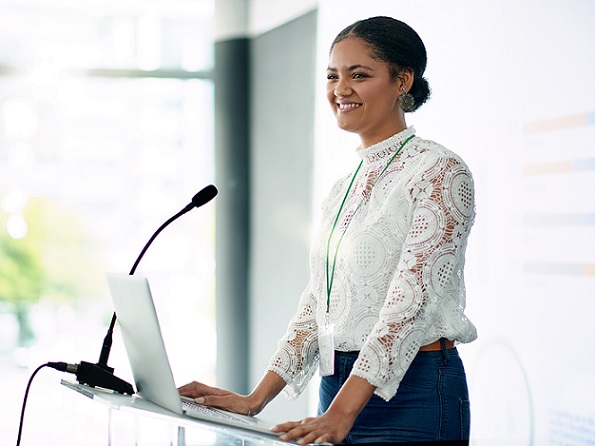 A little later when a group of families made a clan or tribe, the individuals still heard the commands of the leader, or in tribal council voiced their own opinions. The beginnings of poetry show us the bard who recited to his audiences. Drama, in all primitive societies was a valuable tool in the spreading of knowledge, entertainment, religion,and always entirely oral. Later on, well organized communities as in the city republics of Greece, all matters were discussed in open assemblies despite rather small populations.

Every great epoch of the world's progress shows the supreme importance of speech upon human action, both individual and collective. In the Roman Forum, speeches were made that affected the entire ancient world. Renaissance Italy, imperial Spain, unwieldy Russia, freedom loving England, revolutionary France, all experienced periods when the power of certain men to speak stirred other men into tempestuous action. The history of the United States might almost be written as the continuous record of the influence of great speakers upon others.

The colonists were led to concerted action by persuasive speeches. There is no aspect of modern life in which the spoken word is not supreme in importance. The history of the slavery problem is mainly the story of famous speeches and debates. Most of the active Americans representatives have been leaders because of their ability to impress their fellows by their power of expressing sentiments and enthusiasms which all would voice if they could. Presidents have been nominated and candidates elected because of this equipment.

During the Great War the millions of the world were as much concerned with what some of their leaders were saying as with what they were doing. Representatives of the nations of the world deciding upon a peace treaty and deliberating upon a League of Nations sway and are swayed by speech. National assemblies from the strangely named new ones of infant nations to the century old organizations speak, and listen to speeches. In state legislatures, municipal councils, law courts, religious organizations, theaters, lodges, societies, boards of directors, stockholders' meetings, business discussions, classrooms, dinner parties, social functions, friendly calls in every human relationship where two people meet there is communication by means of speech.

How To Write An Article