The Art Of Influence

Thought Leadership: The art of influence is sought by virtually everyone. It is claimed by many, defined by a few, and exercised by the unheralded, depending on the source you use. In fact, we know a lot about leadership; it is the application of leadership that creates confusion for most. In spite of all the leadership texts, containing a veritable plethora of theories about leadership (each of which is THE KEY), leadership remains a very individual concept, exercised in many diverse yet successful ways. Indeed, successful application always results in leadership. Unsuccessful application is invariably counter-productive. So, is this another theory? 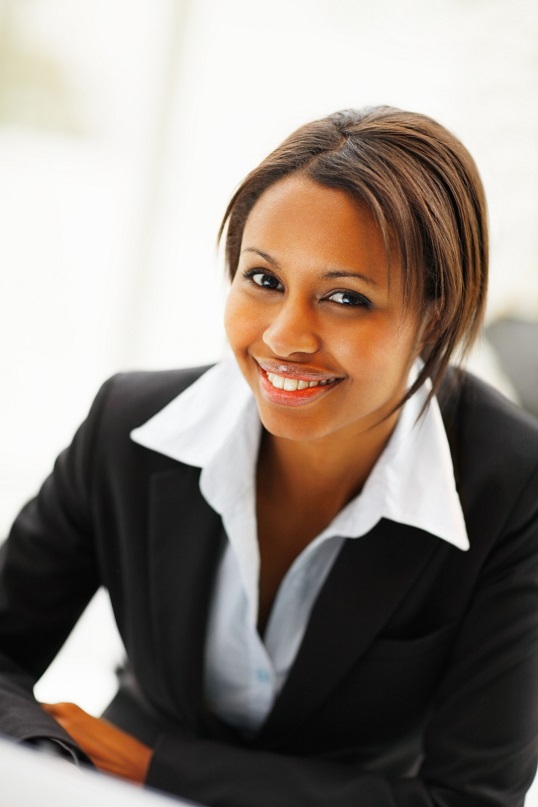 No, but I will share with you some of my observations about where to look for leadership. It’s my belief that although we may not be able to define it very precisely, we can recognize it when we see it. We know that there are people called “formal leaders” and “informal leaders” in some of the literature. I am not going to talk about those “formal leaders,” because they are by definition occupying positions of authority (i.e., a supervisory position) and that is their sole claim to leadership.
“Informal leaders,” on the other hand, exercise leadership from positions not formally designated for leadership, thus causing a problem for the organization. How the informal leader arises is curious, but it can often be caused by the lack of leadership in the “formal” position. 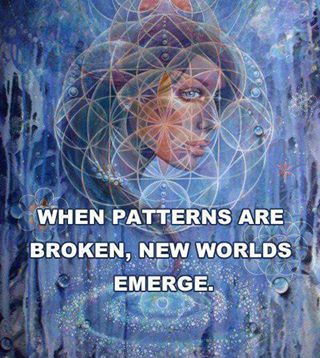 But that doesn’t mean that the “great man” theory takes place (that’s the one that says when a crisis occurs and there’s no one prepared to deal with it, someone will rise to the occasion and deal with it). Why is someone not in a leadership position given authority by the group in which they work to exercise leadership? There are, of course, several answers to that question, so let’s examine some of them. It may be that the one who is the leader is a confident (at least confidently-acting) person with a bit of charisma, thus one who offers logical answers to questions from the group, and who may have the ability to demonstrate that they have good ideas. We often see this in groups that begin by discussing particular problems; if no one is specifically “in charge,” the leader who emerges is often the person who demonstrates the most passion about the topic. Or, they may simply be someone who is impatient for action, and goads others into a particular action that appears to achieve some common goals. 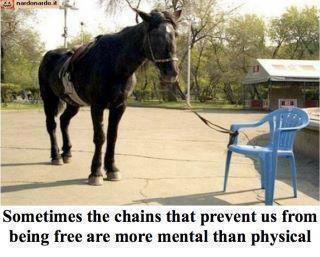 Thought Leadership - Believe In Your Power

In this case, the group tends to rally behind the “visionary.”
Sometimes, the visionary doesn’t have much of a vision, but that doesn’t mean they aren’t capable of pursuing one (or of having one in the first place). Another possibility is that one of this group recognizes that things can be done in a way to benefit everyone involved, much like the development of John Nash’s gaming theory (the basis for the movie, “A Beautiful Mind”). The concern is not for the betterment, enrichment or even recognition of the leader, rather for the achievement of group goals, including the entire organization. When we find this leader of the latter sort, John Collins, in his book Good to Great, calls them “Level 5” leaders. They are the ones who are passionate about achievement of the whole, not of themselves individually.

These leaders aren’t heralded, because they don’t blow their own horns. They are too busy working toward meaningful goals to be distracted by something so counter-productive. Yet they do some particular things that we can see “proves” their leadership. Some of those things are where I’d like to focus this discussion. Leaders who are passionate about their vision (they ALWAYS have a vision), are careful to make sure everyone in the organization knows what that vision is. They will indoctrinate everyone so that it is not simply a vision, but a tangible part of the environment, so much so that it will go home with employees at night.

Everything that flows, then, is a reflection of that vision, because the vision becomes the beacon that guides the actions of everyone in the organization. Those leaders know their people well: their personalities, their histories, their passions. The leader knows them because of the leadership involved in attracting and retaining the right people to “get the job done.” They reach back to the theory of W. Edwards Deming, not necessarily for Statistical Process Control techniques (although they are valuable), but for Deming’s “14 Points,” one of which is to insure adequate and continuous training. If the right people are in the job and they are given the resources to get the job done, cheer leading is a waste of time, because these workers already get out of bed in the morning excited about going to work.

Motivation? It’s boiling inside each one of them, and they don’t need slogans or mantras, or group meetings to cheer about history, because the “self-actualized” person is also self-motivated. They know their jobs, they know what’s expected of them, and they know that they have a responsibility to the rest of the employees to do the best job they possibly can. One reason that happens is that the individual has been involved in development of their job and their responsibilities for that job, they’ve been informed about how their job fits into the overall scheme, and they are intimately involved in changes that occur in the company. 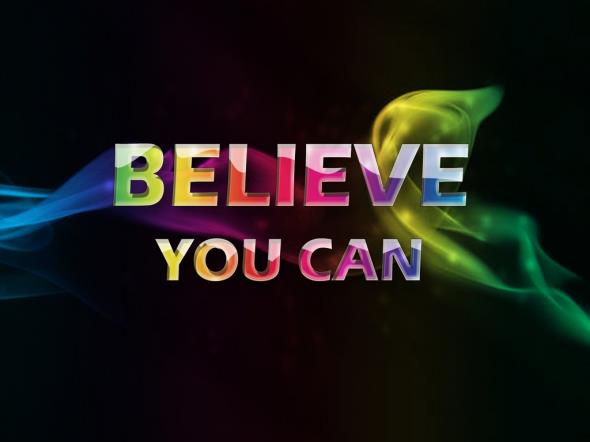 Thought Leadership - Believe You Can

Revolutionary? No, it’s been in the books for decades. When leaders develop this kind of employee and the managers to supervise those employees, they are freed up to do the visionary tasks: keeping the goal in sight, and making the course corrections necessary when changing conditions require them. Tweaking is a skill these leaders have that is taught in no school, which makes it that much more valuable. This division manager of amid west company is a good example of such.
The division manager was a true visionary, who brought the division from a lackluster, poorly motivated, money losing operation to an energetic, proud organization that had attained ISO 9000 certification on its way to becoming profitable as well.

Over a ten year period, that manager steadfastly steered the division in the direction his vision so clearly defined. Not all of his actions were exactly right, but that didn’t keep his team from learning from them. And the division became a model for the corporation, while the division manager became a regional manager so his skills could be used in other divisions as well. He had learned that putting the team together was his biggest job, but once that was done, the team drove the progress.
He simply got out of the way. His time was not spent showing what he’d done, it was spent in providing the tools to the team members so they could get where he wanted faster. If he needed to do something that should be done by one of the team members, that team member was, by definition, unnecessary, and was eliminated.

That doesn’t mean that mistakes weren’t tolerated, nor that effort wasn’t made to insure the team member was adequately placed and trained. But when it became obvious that change was necessary, it occurred quickly and cleanly. It was truly a joy to work there, but especially to observe that unsung leadership in action. There are some things we as individuals can do, if we want to develop our own leadership:

1. Keep focused on the primary goal for your company. Never let yourself be distracted from that.

2. Surround yourself not with those who only agree with you, but with the right people for the job you need done, then train them and provide them the tools to do the job.

4. Having hired the right people, get out of their way. If you must micromanage them, you don’t need them. This is not a big problem, however, since they won’t stay anyway, if you treat them with so little respect.

5. Remember always to consult your feedback loop in all your processes, to make sure things are working as you expect, and that you can make appropriate changes timely. Failure to do this with hasten the failure of your organization in total. Recall that your feedback loop is only as valuable as the people from whom you get feedback. Listen to them. 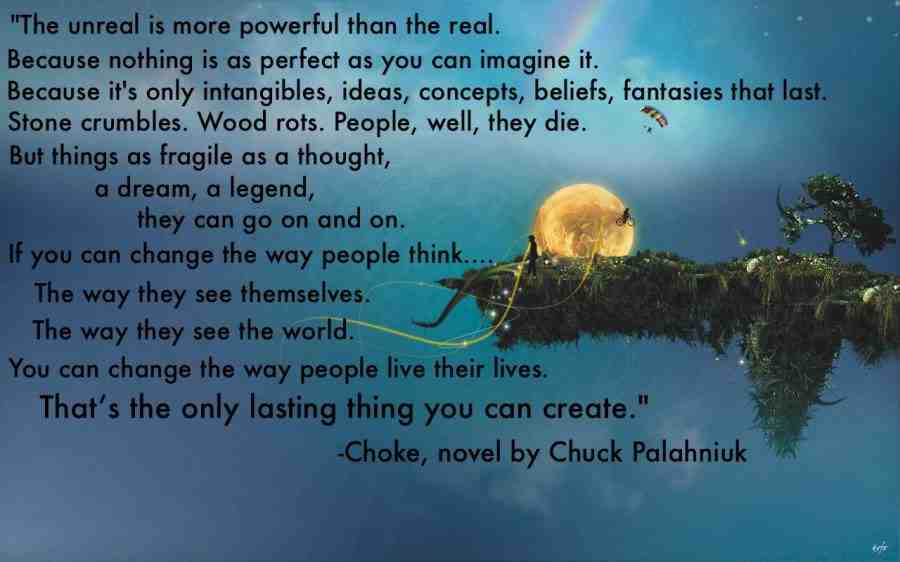 6. Know when you have exceeded your limitations, and acknowledge it. Then get help to overcome it. Each of us has the capability to be a leader. We will only become effective leaders, however, when we lose our fear of making mistakes, and share responsibility for achievement of the goals of the organization. If those goals are our individual measures of achievement, then the organization will work to succeed and achieve; if they are not, we will be the transient leader that gets things going, but fails by failing to share credit and push for only the good of the organization.
Dare to achieve.

Browse All Our Inspiring Topics