American history: Americans have a tremendous regard and respect for the framers of our Constitution because it was they that laid the foundation stones for the greatest country on earth. But on top of the many amazing aspects of the Constitution, one stands out as an act of wisdom and foresight that made sure the Constitution would remain a living document for centuries. That was the provision of the Constitution that allowed for the addition of amendments. It was not long after the Constitution was ratified that the first ten amendments were indeed organized and became law. That those ten amendments have become as central to the American system of government as the Constitution itself.  They have come to be known as the Bill of Rights. 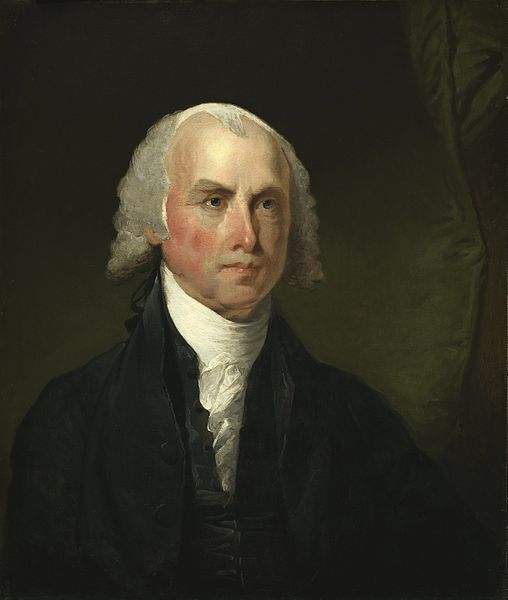 James Madison - First Author Of The Bill Of Rights

The Bill of Rights are so profoundly ingrained in the American consciousness that they are often referenced in conversations about issues, how Americans work and live together and our relationship with the government. The true genius of the Bill of Rights was the work it did to severely limit the ability of the government of the United States to ever interfere with the fundamental rights of its citizens. This is a stunning achievement at a governmental level when you think in terms of legal systems of governments throughout history and around the world. These ten amendments assure that the rights of citizens in this country are forever protected from any move by any administration to take those rights and give them to the government itself.  As such, the government is forever banned from getting too strong and it relegates the government to a servant role in society which so often is not the case in governmental politics elsewhere in the world.

The ten amendments to the Constitution cover the core rights of Americans including…1.  Freedom of Religion, free speech, freedom of the press and the fundamental right of assembly without fear of
harassment from the government. Also the right to petition the government to seek relief for grievances caused by the government. 2.  The right to bear arms. 3.  Protection from the forced habitation of troops in civilian homes in a time of conflict. 4.  Protection from unreasonable search and seizure as part of a criminal investigation. 5.  The right to due process when being accused of a crime. 6.  The right to a jury trial, to be allowed to cross examine your accusers and other rights of accused to assure Americans cannot be “railroaded” by the legal system.

7.  The right to civil trial by jury 8.  Protection against cruel and unusual punishment and the right to bail. 9.  Protection of rights not specifically spelled out in these ten amendments 10.  Protection of states rights. Of these rights, the ones listed in the first amendment are most often quoted and most cherished by Americans.  The original authorship of the Bill of Rights is credited to James Madison.  These basic rules of order for how the government will respect its own citizenry set in place and entitlement of rights by American citizens that has fundamentally shaped this country and how Americans come to expect its government to behave.

It endowed the citizenry of the land with an expectation that the rights of the citizens of the country at a very basic level are more important than the rights of the government and that the government “works for us” which is a phenomenal change to the way societies have been organized throughout history. As such, The Bill of Rights is one of the many reasons that America can be regarded as the most unique country in the world and the country that many citizens of other nations wish their own countries would emulate.

The 22nd Amendment And The American Presidency