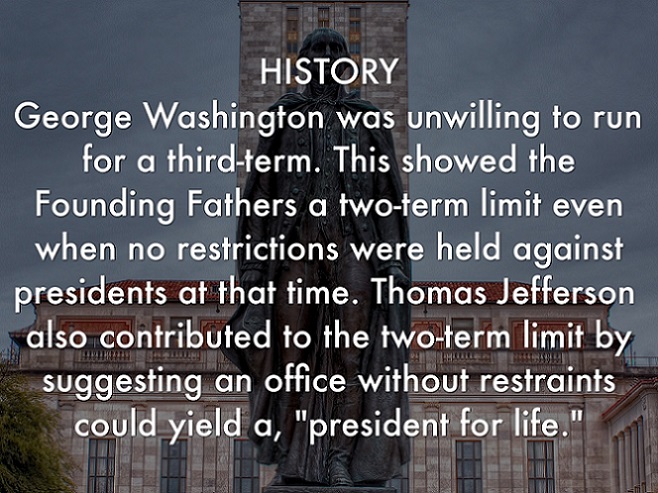 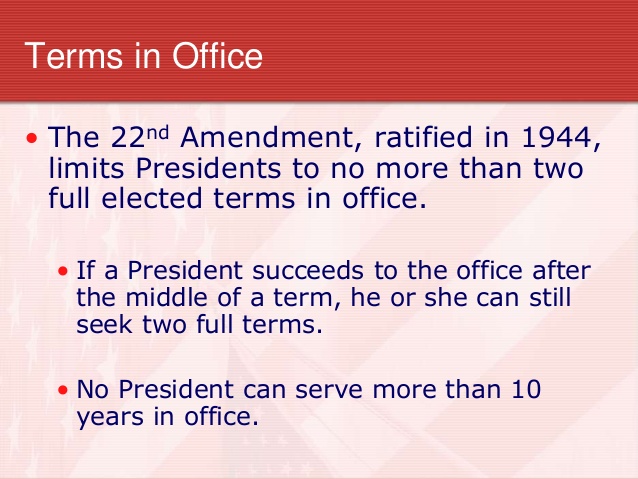 The limitation of service as President of the United States to two terms was one that up until the 22nd amendment was more a matter of custom than law. It began when George Washington refused to run for a third term. But by making the limitation of power in the presidency in the 22nd amendment, the American people made a bold statement about how their government would be run.

One of the most unique aspects to how the United States of America organized its government was the concept of citizen rulers. This concept was born in the very halls and pubs where the founding fathers gathered to discuss this new country that was just getting started. By reducing the idea of a “career politician”, especially at the presidential level, the 22nd amendment dealt a deadly blow to the concept that America would ever be ruled by a king or a “president for life.” 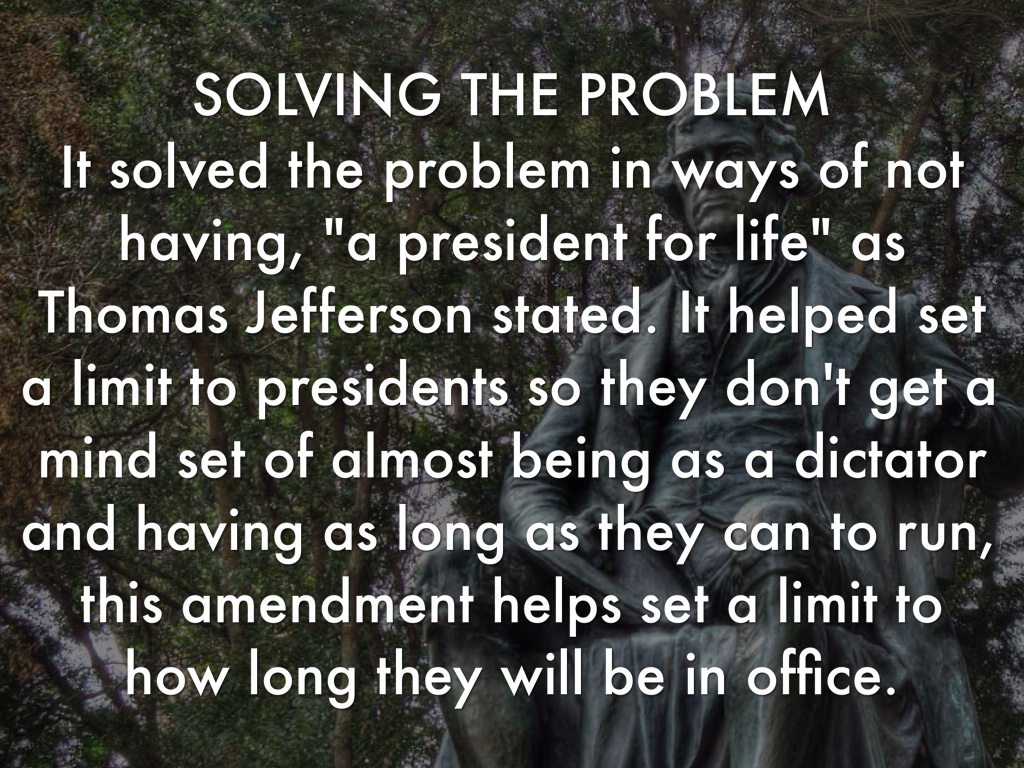 This was clearly a reaction by America to the abuses that had witnessed by the pilgrims and immigrants that make up this great country in their homelands. They reacted strongly and negatively to the deification of kings and the virtually unlimited powers that too many times systems of royalty tended to give to their leadership. This was one of the central themes that caused so many to flee Europe, Central Asia and other parts of the world to seek a land where it was the people who were the center of the governments will, not the arbitrary ideas of a king who was cut off from the real needs of the people he served.

The way America set up its presidency was in every way an attempt to “fix” the flaws and abuses of the European models and refocus the center of power in government on the electorate rather than on the elected. Another aspect of the American federal system that was put in place deliberately to limit the ability of those in power to abuse that power is the system of checks and balances.

This system assures that none of the branches of government, The Congress, the Presidency or the Supreme Court could dominate the other or take complete power and rule without challenge. By ensuring that all in power had to answer to the opposing party and be prepared to answer to the American people for what they did and even said, this completely eliminated that chances that one part of the government would stage a “coup” over the other. Accountability is a word that is not very exciting but it is the concept that has kept the American system of government healthy and in service to its people rather than putting them in service for over 200 years. 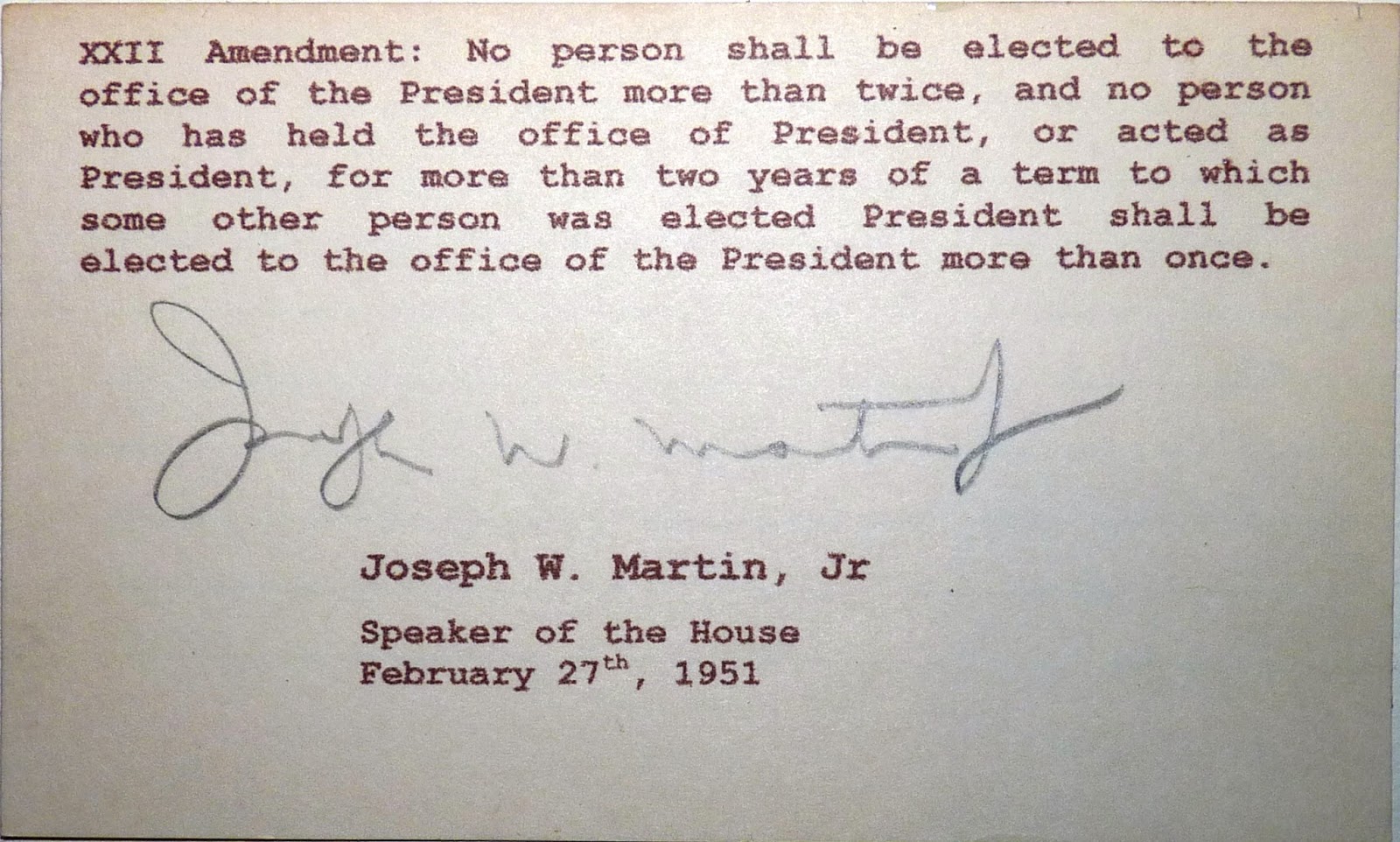 In addition to these, several highly innovative methods the founding fathers gave to this young country to eliminate the abuses of past governmental systems, they also put a system in place that assured the orderly transition of power. The system of elections every two years stopped two evils, the occurrence of a politician who served for life without accountability and a system wherein the only way to loose your job in government was by violent overthrow. As a result the American system, albeit contentious and argumentative, has been and continues to be one of the most peaceful and orderly systems of federal administration in the world and indeed in the history of the world.

Benjamin Franklin - An Inventor Or A Diplomat

What Are The Bill Of Rights?

A Troubled Time In America