Brazilian cuisine: It began as most ‘ethnic food movements’ do – with small restaurants in the neighborhoods where immigrants settled, diners and lunchrooms and tea rooms opened by those who wanted to offer a taste of home to their fellow émigrés.

Chinese, Italian, Middle Eastern, Thai – from family run bistros, the cuisine spread as those outside the cultures of the ‘neighborhood’ learned of the good food and the word spread.

The latest ‘new cuisine’ that is spreading like wildfire is Brazilian – a delicious blending of three separate cultures that comes together in dishes and delicacies that aren’t found anywhere else in the world.

To understand the cuisine of Brazil, one must understand a little of its history. 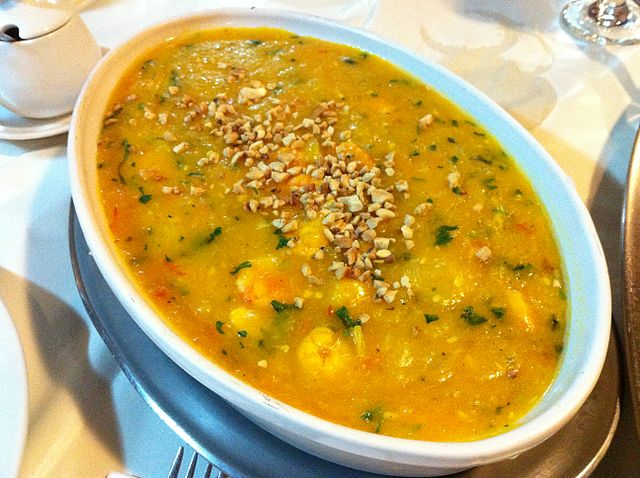 The base of Brazilian cuisine is in its native roots – the foods that sustained the native Brazilians – cassava, yams, fish and meat – but it bears the stamp of two other peoples as well: the Portuguese who came to conquer and stayed, and the African slaves that they brought with them to work the sugar plantations.

Brazilian cuisine today is a seamless amalgam of the three influences that interweave in a unique and totally Brazilian style.

The staples of the Brazilian diet are root vegetables, seafood and meat.


Manioc, derived from cassava root, is the ‘flour’ of the region, and is eaten in one form or another at nearly every meal.

The bitter cassava root is poisonous in its raw state, but when prepared properly, the cassava root yields farinha and tapioca, bases for many dishes of the region.

The Portuguese influence shows in the rich, sweet egg breads that are served at nearly every meal, and in the seafood dishes that blend ‘fruits de mer’ with coconut and other native fruits and vegetables. 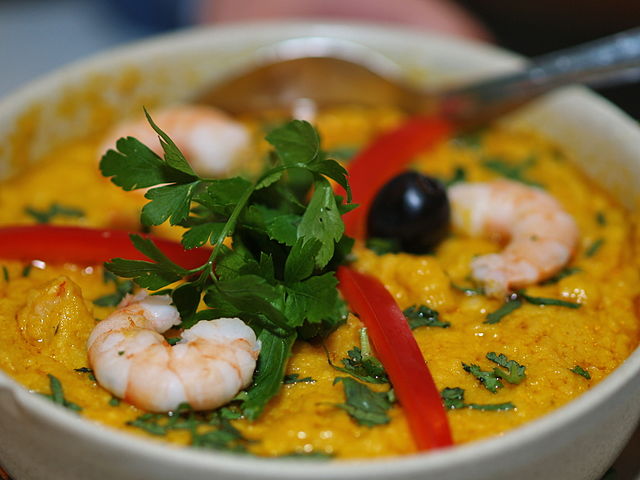 The national dish, bobo de camarao is one of these, a delicious mingling of fresh shrimp in a puree of dried shrimp, manioc (cassava) meal, coconut milk and nuts, flavored with a palm oil called dende.

It is the African influence that is most felt, though – as is to be expected of the people who worked in the kitchens.

Brazilian food, unlike the cuisines of many of the surrounding countries, favors the sweet rather than the hot, and more than any other South American cuisine, it carries the savor of tropical island breezes rather than the hot wind of the desert.

The most common ingredients in Brazilian cuisine are cassava, coconut, dende, black beans and rice.

Bacalao – salt cod – features in many dishes derived from the Portuguese, but flavored with typical Brazilian insouciance with coconut cream and pistachio nuts it becomes an entirely different food.

It is typical of the Brazilian attitude toward food – an expression of a warm and open people to whom feeding and sharing food is the basis of hospitality.

Brazilian cuisine is like its people – all are welcome, all are welcomed and all make their mark – without ever overwhelming the contributions of the other. 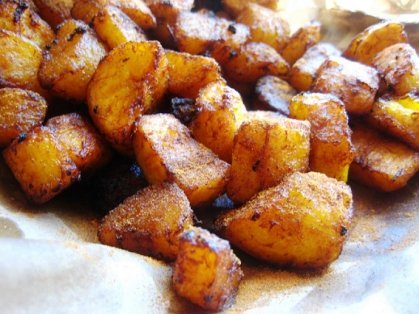