Salt and Pepper: A Perspective

Have you ever given a thought about salt and pepper?

There’s more to it than just the shaker  on the table.

Pepper is the most  widely traded spice in the world and served as the incentive for Christopher Columbus and others to search for a  direct oceanic route to India.

Hippocrates prescribed it as a digestive aid, and the active ingredient in pepper, piperine, is what makes it hot and is still used today as a heart and kidney stimulant.

Historically, salt and  pepper have been used as currency, medicinally and as seasoning.

Plato wrote, “Pepper is small in quantity and  great in value.”

Ancient Egypt, the Greeks and the Romans all competed for supplies, which were shipped via small  boats in the Mediterranean or overland by camel along the Silk Road.

Both routes were treacherous, with the danger of sinking on the voyage contrasted against the cost of buying off Arab middlemen. 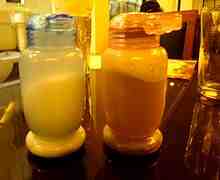 Interestingly, all varieties of  pepper come from the fruit of a perennial climbing shrub, and are grown by a handful of countries within 15 degrees  of the equator.

Differences in appearance and flavor are the result of picking the berries at different stages.

Below is a list of characteristics, point of origin and best uses.

1. Green peppercorns – Picked before maturity  and more expensive due to smaller yields and extra processing.

Aromatic, but not pungent.  Used in French, Creole,  and Thai food.

2. Pink or Rose peppercorns – Not from the pepper vine, but rather from a small tree related  to the rose bush.

Grown on the French Island of Reunion.

Rare and expensive, rose pepper has a milder, sweeter  flavors and is used in nouveau cuisine or in pepper mixtures.

3. White peppercorns – Fully ripened with the  outer skin boiled off.

White pepper is the most popular spice in Northern Europe  and is used in sauces, soups, potatoes and beverages. 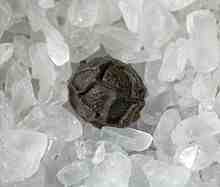 There are two varieties, Muntok, from Indonesia and the superior pepper, Sarawak, from Malaysia.

5. Black peppercorns – The most popular variety in the US, they are picked while still  ripening, then dried and fermented naturally in the sun.

There are several types:

b. Tellicherry – Also from SW India.

These are considered the best.

e. Talamanca Del  Caribe – From Ecuador, certified organic, the world’s finest pepper, according to some.

In no way does salt pale to pepper in comparison.

Salt is not considered a spice, but a naturally- occurring mineral.

Over time, it has been used as a preservative as well as medicinally.

There are as many types  and originations of salt as pepper, but modern salt is filled with additives to keep it from clumping up.

Iodine is the main additive and tends to have a bitter flavor.

Some of the varieties available include:

Originating in Northern France, it is very soft, flavorful, but not good in a grinder.

4. Fleur de Sel de  Guerande – The finest available.  Moist, slightly gray and used as a finishing salt served in a small dish on the  table.

Use on meats and fresh vegetables.

6. Salish Pacific Alder Smoked  Sea Salt – A natural, coarse-grained salt that is slow smoked over red alder to give it an earthy flavor.

Good for  salads, meats and salmon.

Have you heard the phrase, “Worth your weight in salt? “

Salt has been referred to and  regarded for centuries as priceless.

Pepper was worth more by weight than gold in the Middle Ages.

Consider Sodom  and Gomorrah.  God turned the sinners into a veritable gold mine.

So, the next time you are adjusting the flavor  of your meal, consider the origin of the spice.

Enjoy the flavors available and seek out some new varieties.

Another modern miracle of agriculture and transportation that we often take for granted.